The Frisco 5 hunger strikers Ike Pinkston, left, Ilyich Sato, Sellassie Blackwell, Maria Cristina Gutierrez and Edwin Lindo are pushed by wheelchair by representatives of the Do Not Harm Coalition, comprised of doctors at UCSF, during a march to City Hall demanding the resignation of SFPD Chief Greg Suhr on the 13th day of their hunger strike in San Francisco, Calif., Tuesday, May 3, 2016.

The Frisco 5 began their hunger strike following a series of fatal police-officer involved shootings in the San Francisco Bay Area. The strike lasted for a total of 17 days before the group was urged by medical professionals to not further risk their health. 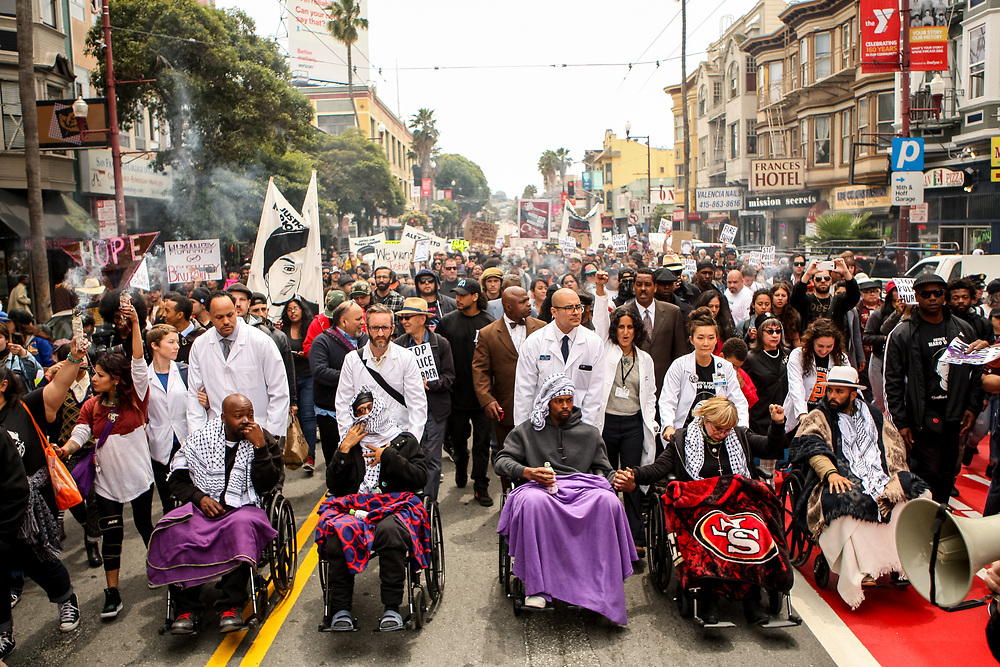