Protestors gather in prayer after marching toward barricades on the Backwater Bridge on Highway 1806 with support from US military veterans on Army Corps of Engineers land bordering the Standing Rock Indian Reservation in Cannon Ball, North Dakota in December 2016.

The march took place on the same day that North Dakota Governor Jack Dalrymple's order to evacuate the Oceti Sakowin Camp was to take effect. The Obama Administration also announced that the US Army Corps would not grant Dakota Access LLC the last remaining easement it needed to drill underneath the Missouri River. 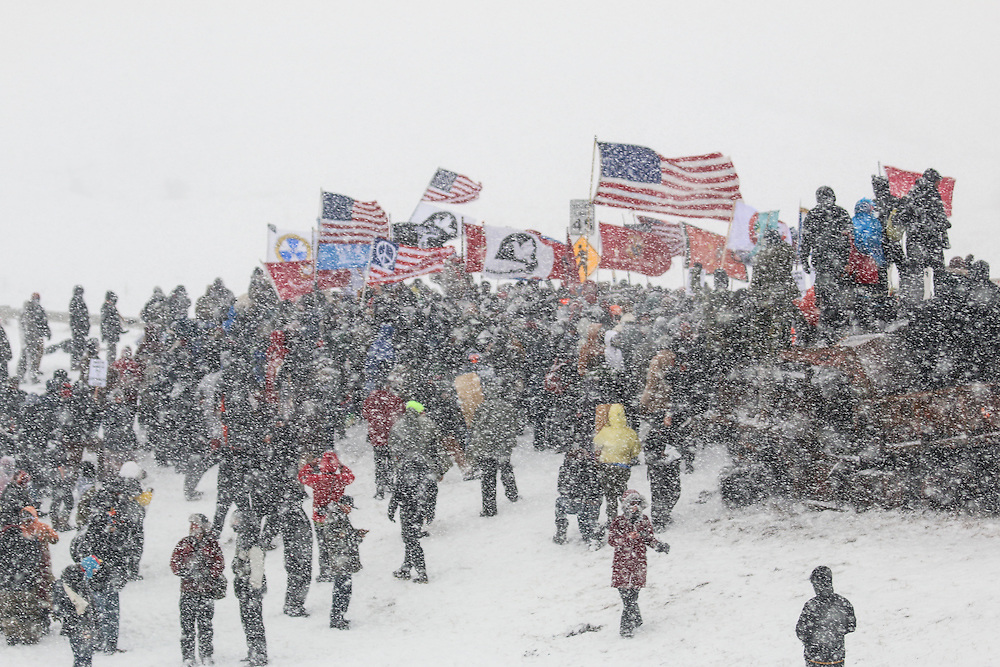