Authorities face protestors as they block them from proceeding further towards the construction site of the Dakota Access Pipeline on Army Corps of Engineers land in Cannon Ball, North Dakota in November 2016.

According to the Morton County Sheriffs Department, it has received assistance from 24 counties, 16 cities and 9 other states since August 2016. Unarmed protestors, who have been camping on Army Corps of Engineers land bordering the Standing Rock Indian Reservation, have been hit with pepper spray, rubber bullets and water cannons in freezing temperatures by law enforcement. 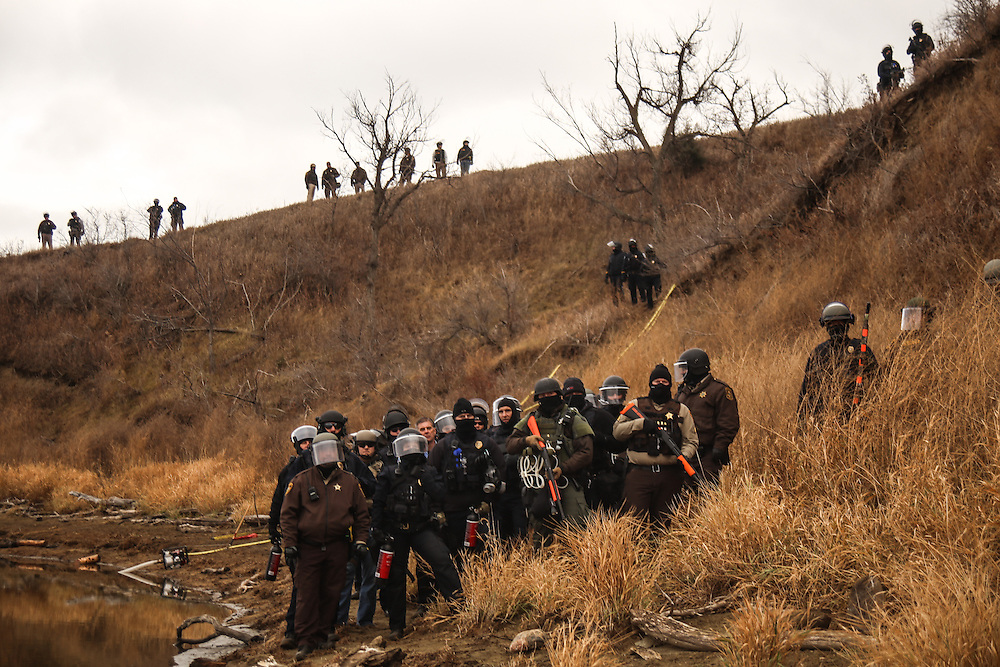