Chief Arvol Looking Horse speaks to members of the Woodland Cree Tribe at the pipeline protest site located on US Army Corps land in Cannon Ball, North Dakota in January 2017.

Land managed by the Army Corps of Engineers where the pipeline has been routed is disputed by protestors to be land of the Standing Rock Sioux Tribe as a result of the 1851 Treaty of Fort Laramie. The treaty established Native American territories and interaction between the tribe and the United States, but was not respected by non-Indians. The treaty council met again to resolve some of these issues in the 1868 Treaty of Fort Laramie establishing specific territorial boundaries and land cessions to the United States. Through the new treaty, the Sioux lost land and would continue to lose land in the following decades. 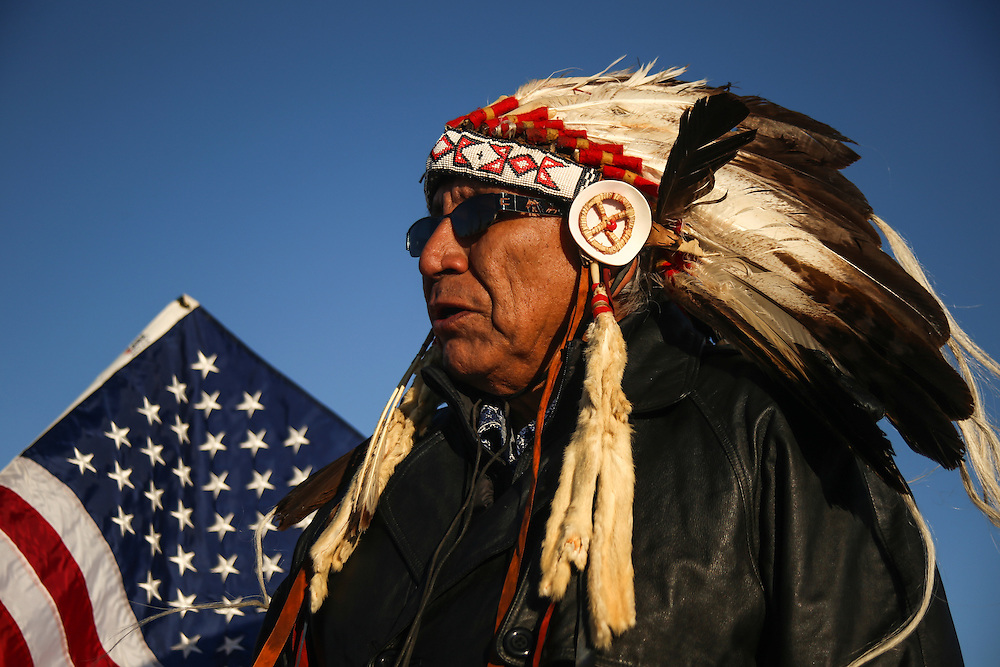