Toby Joseph sits after being attended by medics for nausea and heavy chest symptoms during the first days of harsh winter at the Rosebud Camp at the Standing Rock Indian Reservation in Cannon Ball, North Dakota in December 2016. Joseph was evacuated out of camp shortly after to a safer area until the blizzard was to calm.

Volunteer medics worked around the clock during one of North Dakota's harshest winters in years. Protestors were being treated for hypothermia, trench foot, and asthma symptoms among others. 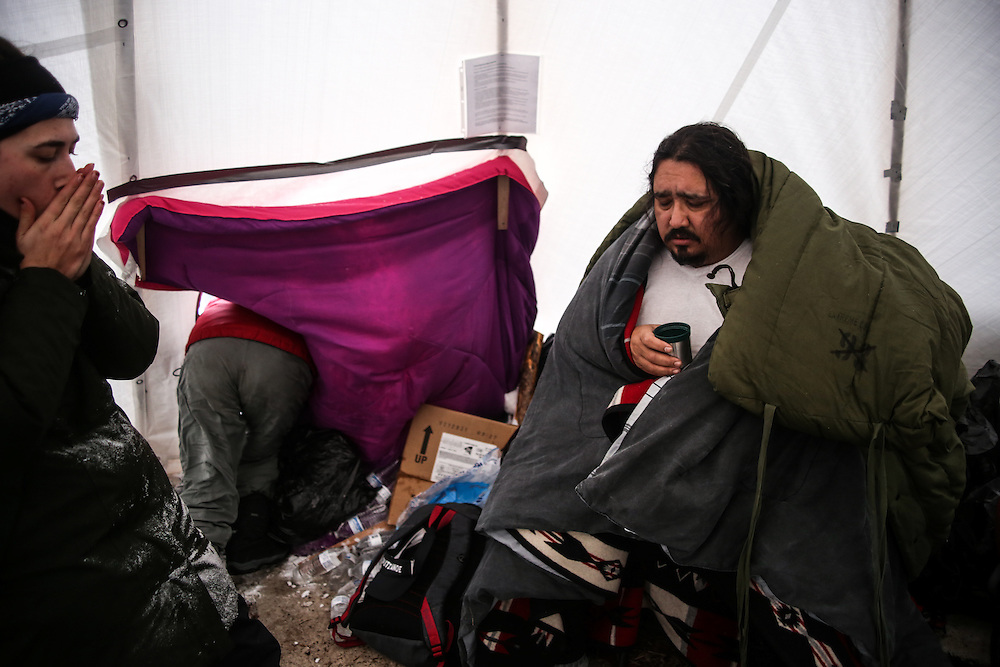