Salma Abd Alkader, middle, poses for a portrait with her children and husband outside the police station in Kos, Greece as she waits for her name to be called to receive her travel documents on June 29, 2015. The Syrian family paid $2,000 to illegally travel from Bodrum, Turkey to the greek island of Kos in an inflatable dinghy in the darkness of night. Like many migrants and refugees, Abd Alkader fears crossing unknown borders in her journey north into Europe. “I had fear for this journey. I feared for my children. But now, I feel relaxed because the death stage is finished,” said Abd Alkader through a Syrian translator who arrived on the island in the same boat. 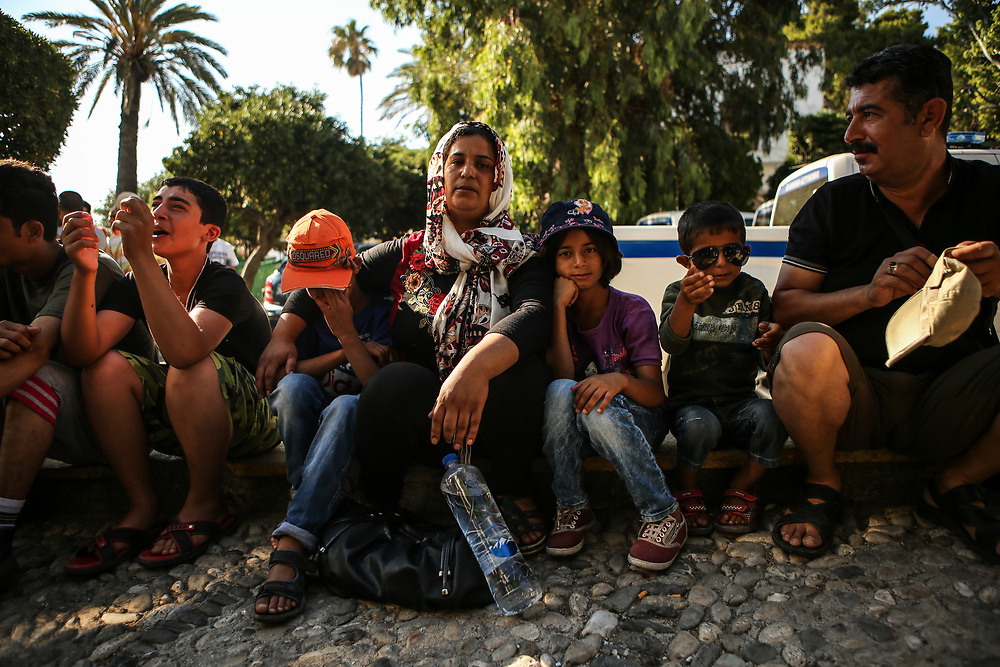