Protestors gather at the steps of San Francisco City Hall during a vigil for Mario Woods, who was fatally shot by police officers a week earlier, in San Francisco, Calif., Wednesday, December 9, 2015.

Woods, a 26-year-old San Francisco resident, died after being shot by five police officers with 21 bullets striking his body in the city's Bayview District on December 2, 2015. The officers involved in the fatal shooting were not faced with criminal charges after a decision was reached by the San Francisco District Attorney's Office in 2018. 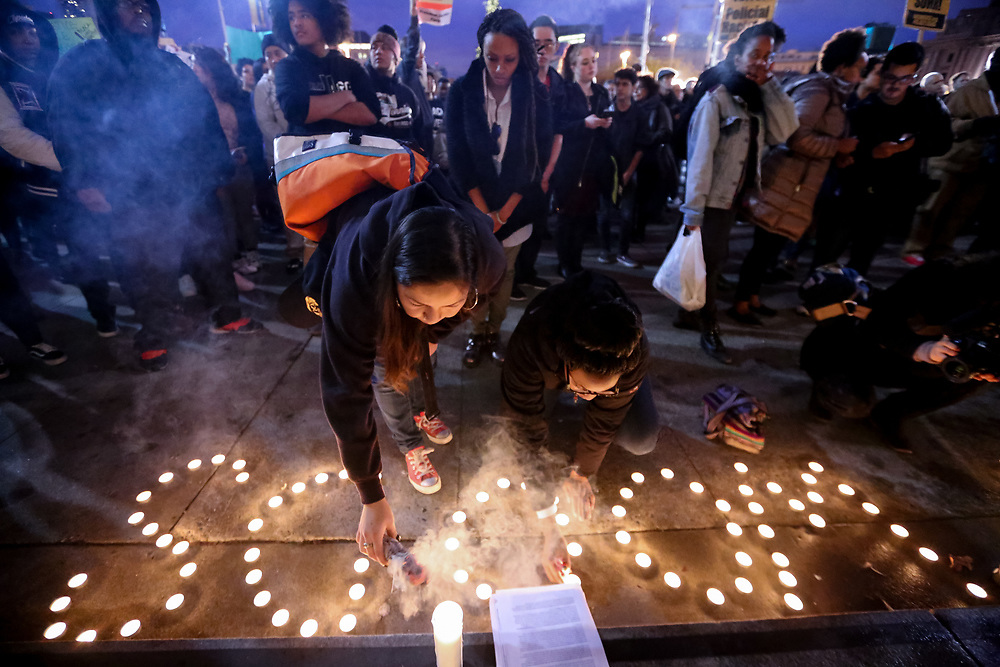