The protest occurred after the Frisco 5 were hospitalized after 16 days of a hunger strike. The group called off their hunger strike a day after the City Hall protest took place. Deputy sheriffs arrested 33 protestors in addition to assaulting four journalists covering the protest that night. 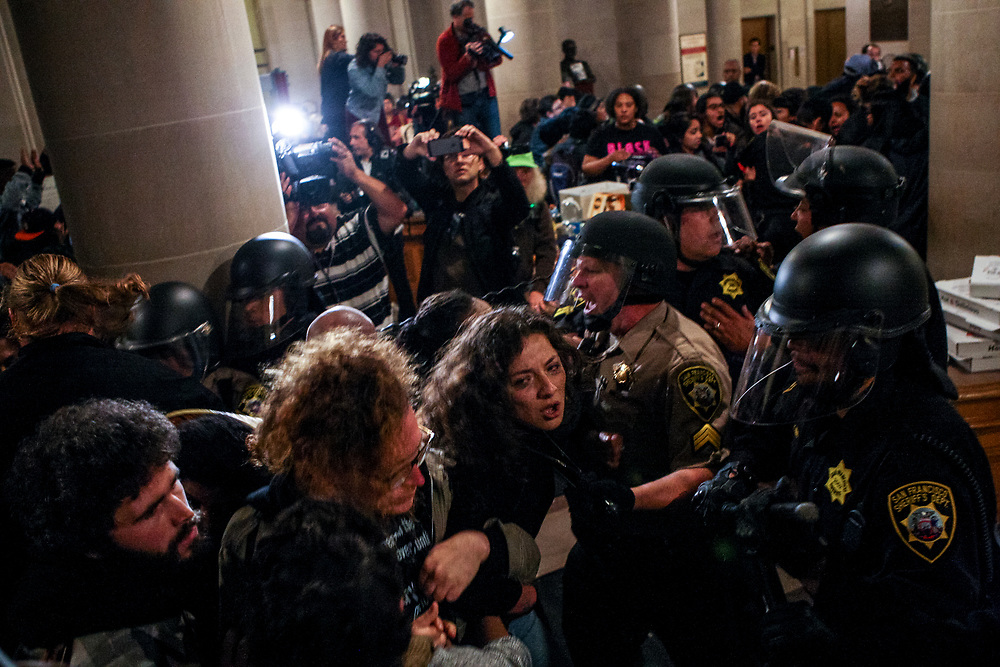