Protestors raise their arms during a prayer at an action defending what they claim to be a sacred site near Turtle Island against construction of the Dakota Access Pipeline in Cannon Ball, North Dakota in November 2016.

Protestors have gathered on disputed Army Corps of Engineers land just north of the reservation to protest the construction of the pipeline underneath the Lake Oahe reservoir of the Missouri River for months since early 2016. Protestors say that the pipeline poses the possibility of contamination of the Standing Rock Sioux Tribe's primary water source. 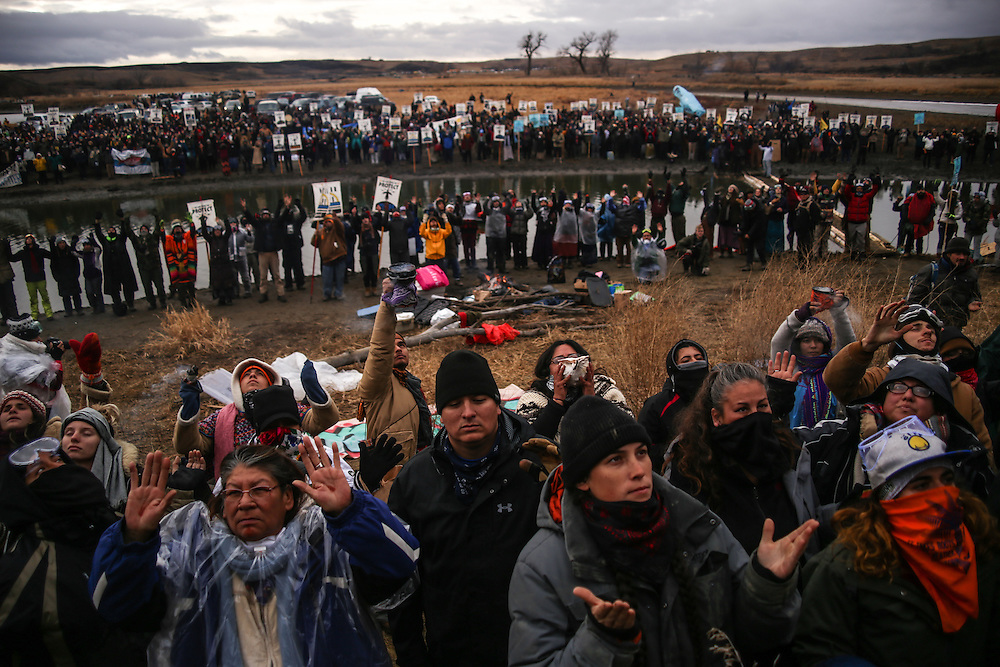