Andrew Waupekenay of the Menominee Indian Tribe of Wisconsin stands as he faces authorities on the other side of the Cantapeta Creek which runs into the Missouri River after barbed wire was placed along the shore near the Oceti Sakowin Camp on Army Corps of Engineers land bordering the Standing Rock Indian Reservation in Cannon Ball, North Dakota in November 2016.

A $3.8 billion project by Energy Transfer Partners to construct a 1,172-mile pipeline transporting crude Bakken oil from North Dakota across South Dakota, Iowa and into Illinois has sparked conflict and controversy at a key construction site on US Army Corps land bordering the Standing Rock Indian Reservation. 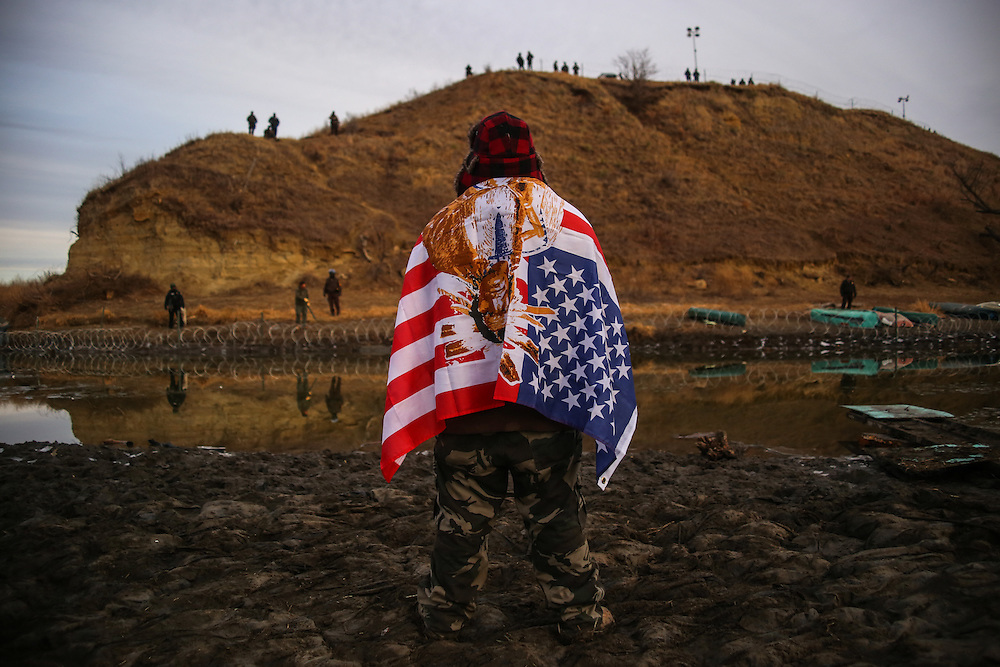