Two individuals walk past the Oakland Police Department headquarters after it was damaged and vandalized during a protest following the deaths of Alton Sterling and Philando Castile, who were fatally shot by police officers, in downtown Oakland, Calif., Thursday, July 7, 2016. 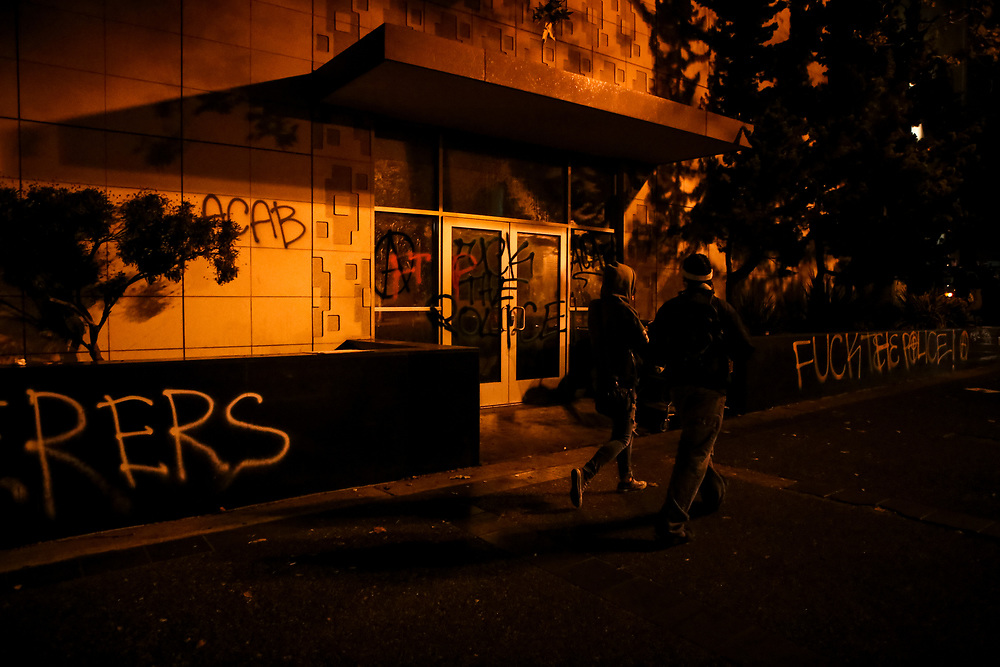