Chemika Hollis, 25, holds her 3-month-old daughter Kai’lei as they arrive at a vigil held for her boyfriend Nathaniel Wilks, 24, in Oakland, Calif., Friday, August 14, 2015. Wilks was fatally shot by Oakland police officers on August 12.

Wilks collided into another vehicle after leading police on an eight-mile-long pursuit, and then attempted a carjacking before being shot by three Oakland police officers in a foot pursuit. He was yielding a loaded 9-millimeter semiautomatic handgun at the time of the shooting less than a block away from the intersection of Martin Luther King Jr. Way and 27th Street, according to police. The gun had been reported stolen, but was never fired, said police authorities. Wilks was later pronounced dead at Highland Hospital in Oakland, California.

Officer Johnna Watson, a spokeswoman for the Oakland Police Department, said that a preliminary autopsy report revealed that “the bullets entered the front of the man’s body.” Witnesses claim that the suspect had stopped running and said, “OK, OK, OK” indicating that he surrendered before being shot by police. 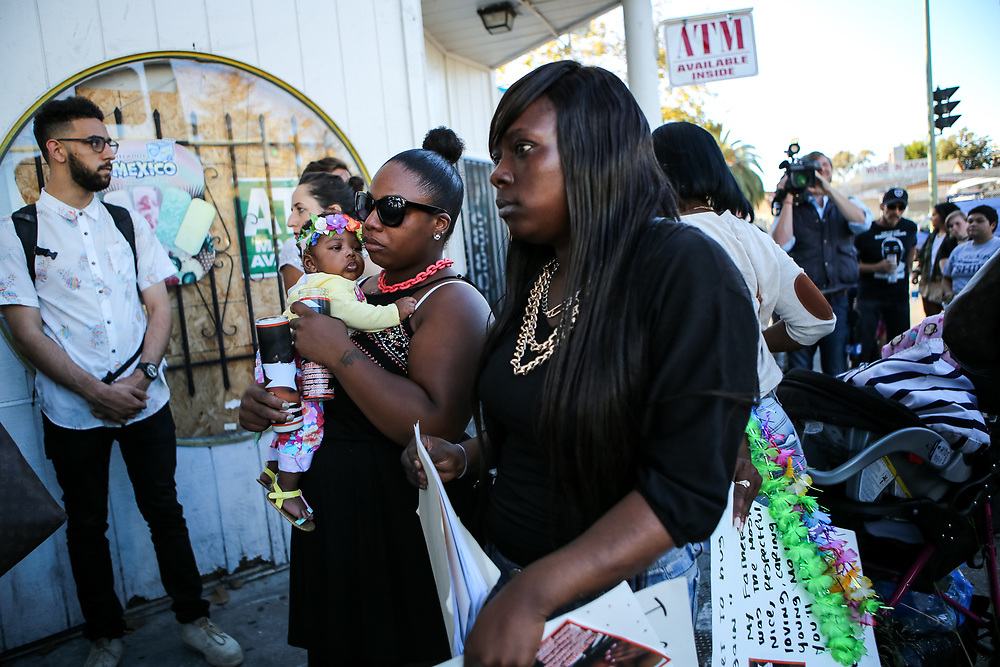