A fortified barricade on the Backwater Bridge on Highway 1806 blocks access to the construction site of the Dakota Access Pipeline near the Oceti Sakowin Camp in Cannon Ball, North Dakota in November 2016.

The presence of military-grade equipment such as armored humvees and vehicles, barbed wire and cement barricades at the protest site has sparked controversy. The protest site located on land managed by the Army Corps of Engineers, is considered trespassing and subject to prosecution according to the Army Corps. 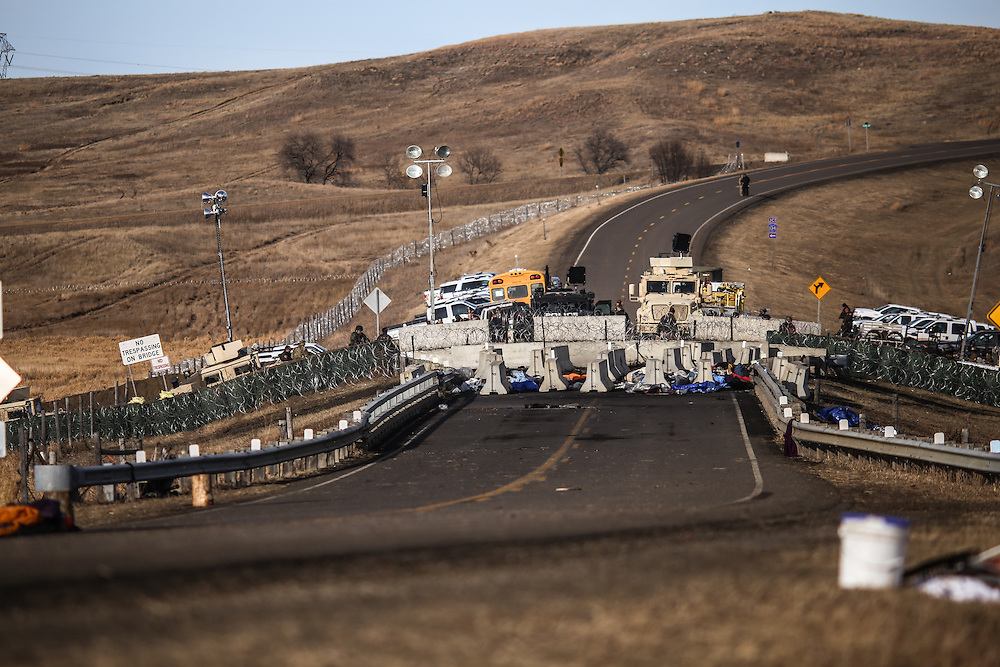